A Remarkable Journey of PSTD since Its Inception on 21st May, 1966 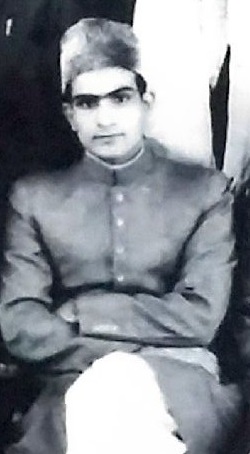 The incredible success story of PSTD started with a man who had a great vision and an interminable commitment to establish this institution, Mian Abdul Ghani, the first Secretary General of All-India Muslim League and later known as Pakistan Muslim League was the founder of Pakistan Society for Training & Development.

Born in the oldest city of Punjab, Jalandhar – now a part of India – MianA.Ghani was the epitome of intellect and elegance. He was an active member of All-India Muslim League and after much sacrifice, the efforts bore fruitful results. After the partition of 1947, he along with his family migrated to Pakistan and continued to serve his role as the Secretary General of Pakistan Muslim League. He is the author to many books, one of the notables is the sole property of PSTD namely, “Basic Supervisory by Pakistan Society for Training & Development.”

Soon afterwards, he started to work for Shell Pakistan formerly Burmah Shell Oil, one of the first multinational organizations to venture into Pakistan. During his service there, he was sent on an external training for Managerial Leadership Grid to the United States. He returned back fascinated by the whole idea of conducting trainings and started with this initiative in Karachi. At first, he did not receive an overwhelming response but he continued to work diligently and the resulting money was kept safe aside.

Once he had enough savings, he gathered some senior professionals of the industry and expressed his desire to setup a training institute. As a result, the groundbreaking foundation of PSTD was kept on 21st May, 1966. The core objective was to provide high standard training to MNCs and local organizations alike. Initially, PSTD conducted supervisory skills training for lower management preferably for manufacturing organizations and conducted leadership grid training. This was introduced for the first time in 1970’s with PSTD being the proud pioneer of introducing foreign trainers in Pakistan, namely Blake and Monton.

PSTD is managed by an honorary Board of Governors comprising of senior executives and human resource professionals from prominent organizations in Pakistan. These intellectuals were originally handpicked by MianA.Ghani from diverse fields namely HR, Sales and Marketing to name a few. They provide strategy and a mission whilst the PSTD staff provides excellent execution. Together we represent PSTD and continue to uphold MianA.Ghani’s legacy!

Playoff; a not-so-fantasy world where player organizations compete to attract and retain their employees.

Your world has undergone a brutal recession, crippling pandemic, and is now made to face a new generation of workers, that come with a completely different set of expectations and needs. This has fueled the already gaping disconnect and disengagement between employer and employee, and if organizations don’t gear up today, they will lose out on talent in the future.